Television’s endeared Actress Sangeeta Kapure, is sheer bestie goals, a friend everyone deserves. She surprised Actress Nirupama Tiwari with a wonderful party with her close friends and family members for her Birthday. With the help of Actor Gaurav Sharma. 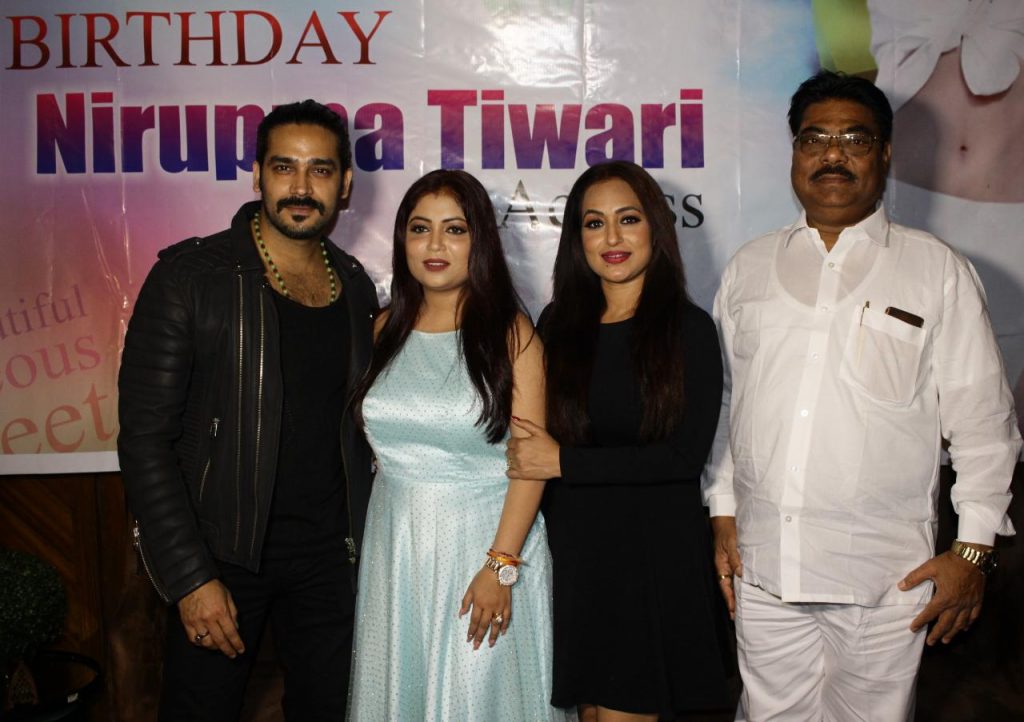 Nirupama was awestruck by this beautiful gesture by Sangeeta Kapure and Gaurav Sharma. There was a wave of exhilaration amongst the guests. Nirupama couldn’t get enough of the love showered by her friends from the industry on her special day. Sangeeta planned the birthday party from her busy schedule and indeed managed it extremely well, all the arrangements were amusing. Small but quite a lavish party. The party included Supermodel Prateek Jain, Sangeeta Kapure, Gaurav Sharma and Nirupama’s friends and family members.

As said, Special days, moments are meant to be celebrated with the special ones, and here Sangeeta made it extremely memorable for Nirupama.

Sangeeta Kapure is well known as Nidhi Rajvansh aka Nidhi Mami; she has a daily affair with her fans through television screens. Her character in the serial “Yeh Rishte Hai Pyaar Ke” is much applauded by the audience. Her popularity amongst the folks is at peak. Being a ray of sunshine, she often lights up everyone’s mood through her adorable videos on Instagram as well as her uber-cool pictures.

Fatima Sana Shaikh opens up on the expectations she has set for herself, read more!

Richa Chadha’s tongue in cheek response about her wedding to beau Ali Fazal is all kinds of awesome!

What! The leopardess in the Lucknow Zoo is named after Dia Mirza, reveals Dia on The Kapil Sharma Show