Sherlyn is known for her salacious personality. Has often been in headlines for her sultry pictures and some bold statements. One could call her an extremely fierce artist for her risks. She can enslave one’s attention with just her glimpse.

The duchess of sensuality, celebrated her birthday at Work, as she was busy shooting for her upcoming web show. Most celebrities indulge in pompous parties or grand day outs on their special day, but here she chooses her shoot before her big day. As stated the proverb, “Work is worship”, Sherlyn preferred completing her Shoot before celebrating. Post the shoot she celebrated her birthday with the cast and crew of her web show. “Birthdays at work are momentous than at party”, she exclaimed with utmost joy. 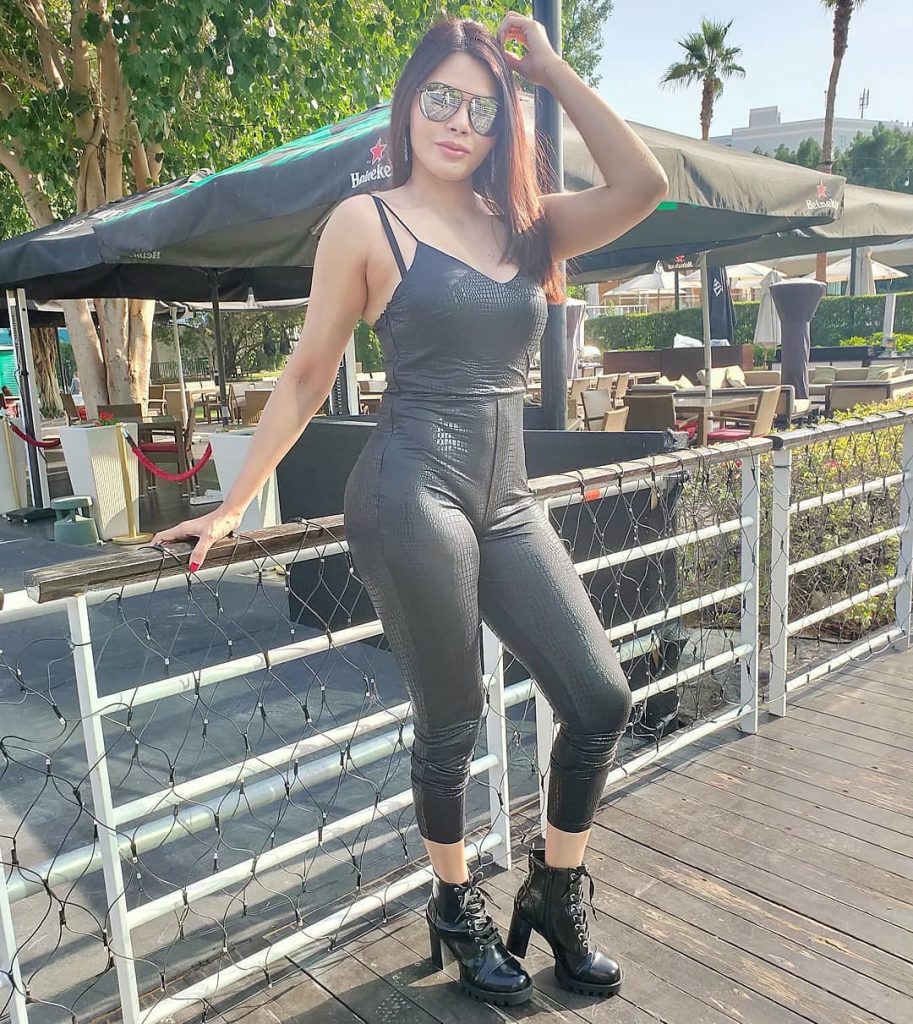 Sherlyn has been a starlet with numerous qualities, with her phenomenal acting in a few films like Dil Bole Haddipa, Dosti she gained a huge fan following. She even owns a production house named, Sherlyn Chopra Productions, and produced a music video in collaboration with T Series, with these feathers in her hat, she added one more by being a singer with her Single “Kataar” did create a loud buzz. After her venture with Kamasutra, she has been busy with numerous web projects and building her own content for her OTT platform and Social media Application.

The web show seems to be launched soon, though the details aren’t announced yet it shall be a delight to have Sherlyn back on screens. She has been an exceptional Performer, Model, Director as well as Producer. She shall soon become an entrepreneur by launching her own OTT platform. She owns a social media application on her name, available for her fans, who are never done with relishing her steamy looks.

Disha Patani is the most demand in actress and the fans want to see more of her!

Aaya Laadiye, the new song from Doordarshan ft. Mahie Gill is the wedding anthem of the year

Udann to witness a 10 year leap